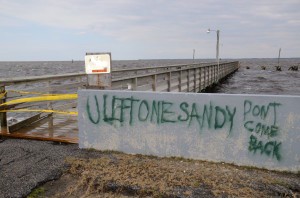 The College of Staten Island’s School of Business was officially renamed in honor of Jay and Lucille Chazanoff last month after the philanthropic couple...
Read more

Year in Review: What Affected Borough Business Most in 2019?

For the Staten Island business community, the launch of 2019 was best defined by uncertainty. While the national economic outlook was positive...
Read more

When Kevin Lawrie decided to launch one of Staten Island’s first shared office spaces in 2013, his initial idea was to start lean and...
Read more

Some good news out of the Governor’s Office of Storm Recovery: $600,000 has been allocated to establish an East Shore Local Development Corporation here on Staten Island. This LDC will cover commercial areas hard-hit by Superstorm Sandy in 2012, including Midland Avenue, Sand Lane, and Hylan Boulevard.

The funding comes as a direct result of a recommendation by the local Staten Island Planning Committee for the state’s New York Rising Community Reconstruction Program. The committee brought together 29 local community leaders who were asked to come up with a comprehensive, cohesive plan to help Staten Island rebuild and increase resiliency post-Sandy. With some assistance from a team of professional consultants provided by the state, they concluded that sustaining a strong economic foundation in affected areas must be a priority.

The project is estimated to create six full-time equivalent jobs, but that is the least of the benefits it will bring. Ultimately, the rationale for creating the LDC is that a strong, sound economic base will be better able to withstand and recover from any potential future threats — weather-related or otherwise.

As anyone who has driven down Hylan Boulevard in the Midland Avenue area and seen all the still-empty storefronts can attest, the October 2012 storm knocked this island for an economic loop. So we are heartened to hear of this step to give a leg-up to the East Shore’s business districts. Increased economic activity not only helps the business owners. It has a positive trickle-down effect on the surrounding residential neighborhoods in the form of increased property values and improved quality of life.

We applaud our local Staten Island committee and the governor’s NY Rising program for getting this idea off the ground. In our estimation, the fact that this committee was structured to be “bottom-up” — meaning led by the people in the affected area– was a big plus.

Now, the Governor’s Office of Storm Recovery is seeking applications from existing non-profit organizations that would like to manage the LDC. It is our hope that one of our local economic-focused non-profits will fill the position. Staten Island is a unique borough, and an organization with a local sensibility and understanding of the terrain — both economic and otherwise — seems indicated.

Since its launch in 2010, Small Business Saturday has offered a much needed holiday boost to local businesses across the nation. In fact, American...
Read more

If you’re in the process of starting a small business or simply trying to keep your current company afloat, the tasks can seem monumental. ...
Read more